We can fix it!

The iphone 7 and 7 Plus have a latent flaw which you may run into. It’s similar to the infamous “Touch Disease” which was extremely common in the 6 Plus. It requires motherboard repair to fix.

Audio Codec Chip failure has a variety of possible symptoms. However if the Voice Memo app does not work properly it’s almost guaranteed to be this issue.

Some common symptoms include:

Some symptoms which may or may not be Audio codec include:

The audio chip responsible for interacting with the speakers and microphones is placed very close to the SIM Card Tray in the 7 and 7 Plus. It’s believed that the board is less stable along the edge of the tray and will over time with enough flexing of the phone can crack a trace to a key pad on the chip.  Here’s a diagram of an iphone 7 Plus: 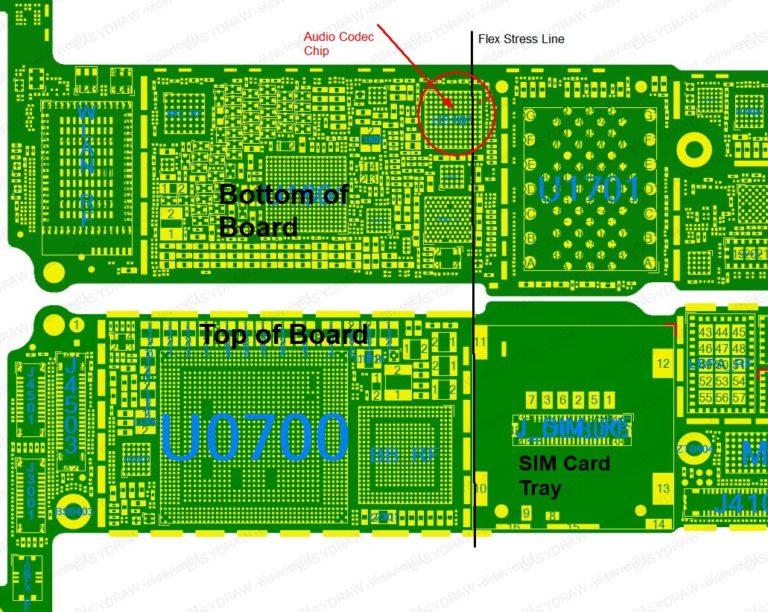 The repair is removing the audio codec IC, adding reinforcing wires on top of the traces that tend to crack, and putting the chip back. Sometimes a new chip is required 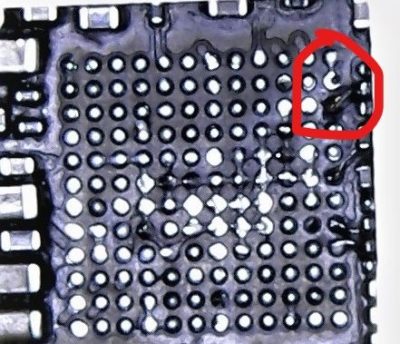 We always aim for next day turnaround on audio IC repair. So if you have an iPhone 7 or 7 Plus where voice memo doesn’t work, or you see “no audio devices found” or “recording failed”, or other similar audio problems contact us for a fix!

Get a Free Quote
Close Menu